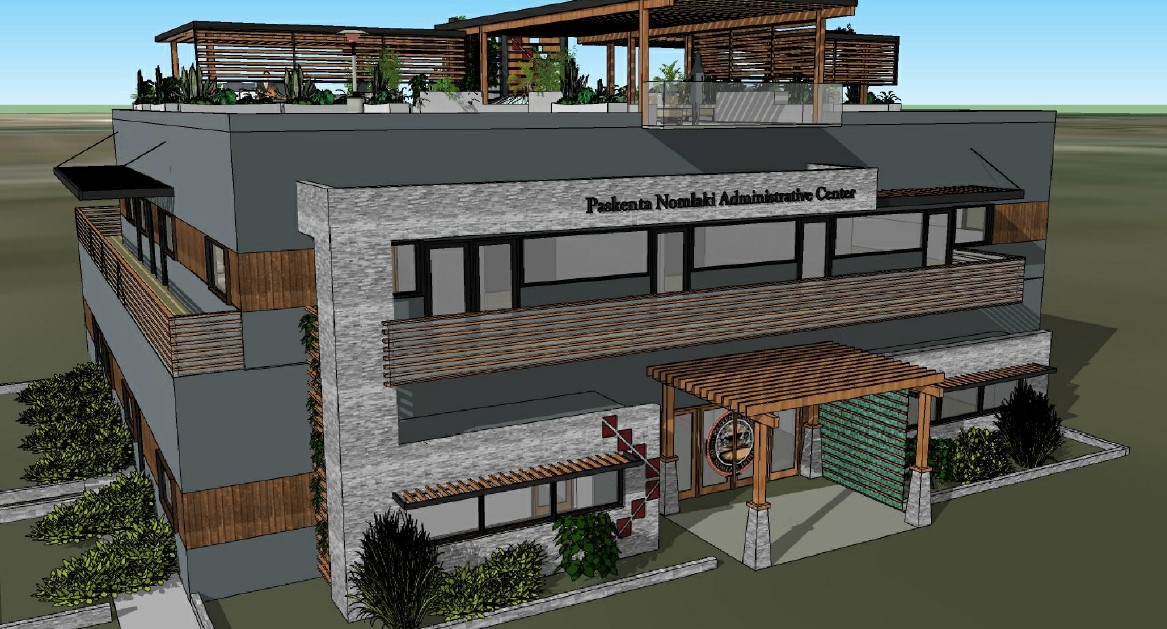 “Preserving the past, celebrating the present, while looking toward the future is one of the hallmarks of our tribe,” said Andrew “Dru” Alejandre, tribal chairman of The Paskenta Band of Nomlaki Indians. “As ‘every building tells a story,’ it was crucial from the beginning design stage to final concept that our community was involved, honored and supported during this process. It is my hope that our new Community Center not only reflects our collective tribal values but will also be a beacon for evolution and growth for all who visit.”

The 17,100 square-foot Community Center will feature a large meeting/multipurpose space that can accommodate up to 360 people. The center will also include a commercial style kitchen equipped to handle large events, a lounge and business center, private meeting rooms and a childcare area with indoor and outdoor play space.

The 11,000 square foot Administrative Center will house all tribal administrative staff, and multiple conference rooms for council and board member meetings. The building will also include more than 5,000 square feet of exterior space. In a modern interpretation of the culturally significant round house, the layout will feature a central atrium with a living wall that extends through an oculus skylight at the roof terrace.

Tepa Companies, owned by the Paskenta Band of Nomlaki Indians, is the general contractor for the Community Center. In 1994, through the efforts of its leadership, the tribe was restored as a Sovereign Nation by the federal government. In 2000 the tribe acquired a 2,000-acre reservation near Corning and soon began construction of Rolling Hills Casino. The casino opened in 2002, providing employment to several hundred local residents.  Revenues from Rolling Hills Casino Resort have enabled the tribe to grant over $6,725,000 to enhance the health, safety and education of Tehama County.