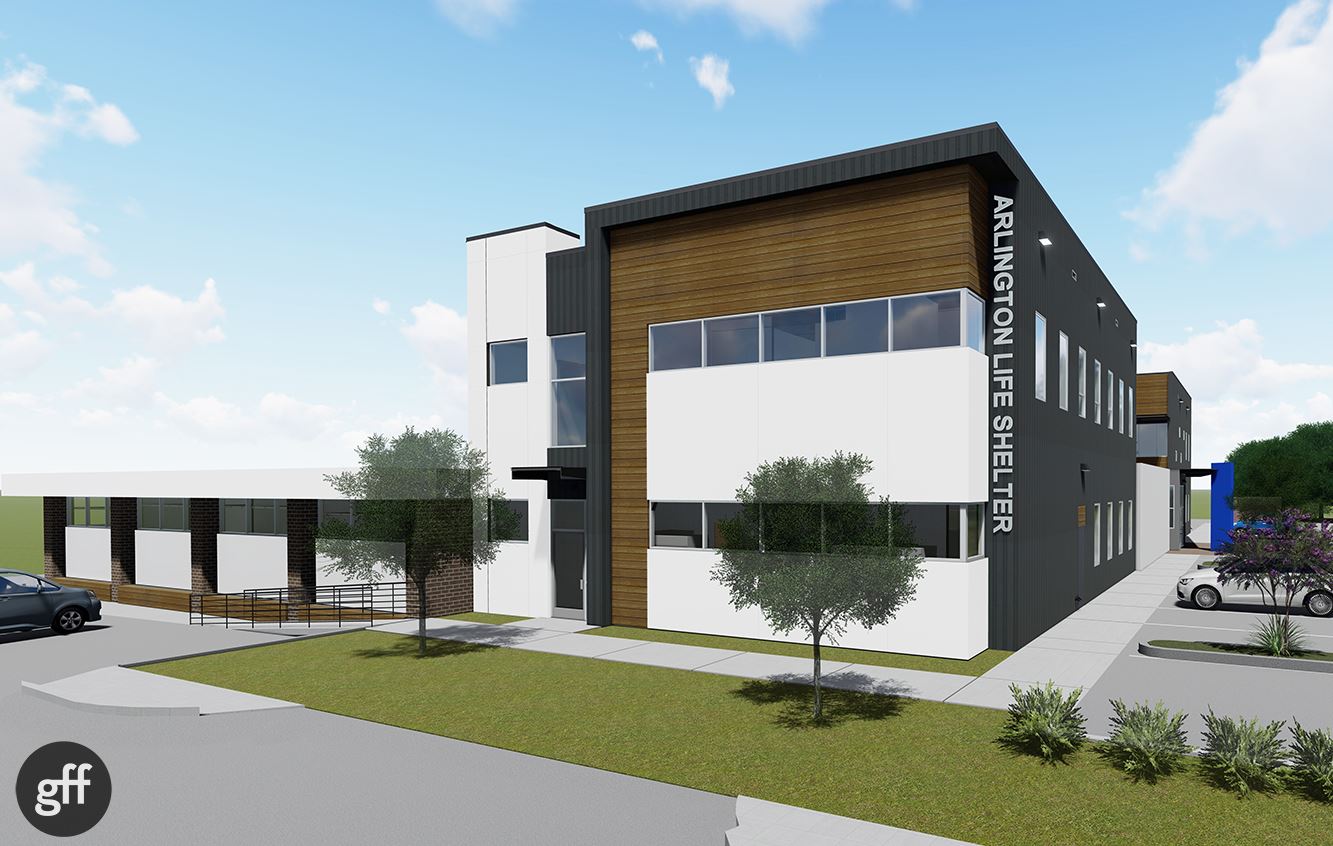 Doris Moll was all smiles as she lay on the bed in her new room at the Arlington Life Shelter. She looked around, taking in the atmosphere, the smell of newness.

“I love it! I just love it!” she exclaimed with joy. “I feel like I’m in a hotel room. It’s just beautiful.”

Moll is one of several folks who were moving into the recently renovated Arlington Life Shelter as it officially reopened on June 4 following its Hearts to Homes project. The renovation is the result of a capital campaign that has raised around $5.8 million.

The shelter features a new two-story building with more than 12,600 square feet. It is adjacent and connected to the previous shelter building of about 14,000 square feet.

There are seven family bedrooms, an increase of 40%, plus a computer lab, expanded children’s facilities and a classroom and small meeting space. Other amenities include expanded dining facilities and an expanded laundry area.

Since early January, residents had been temporarily housed elsewhere through the help of area churches, including Mount Olive Baptist Church, Epworth United Methodist Church and North Davis Church of Christ.

The upstairs has not yet opened as interim director Jim Reeder said the state has yet to do a final inspection on the elevators.

But that didn’t stop the reopening from being something to celebrate. Among those in attendance to tour the facility on its grand day were Arlington Mayor Jeff Williams, along with city council members Victoria Farrar-Myers, Marvin Sutton and Ignacio Nunez.

“I think it makes a real statement that we care about people in Arlington,” Williams said. “If you’re going to be the Dream City you’ve got to help all citizens achieve their dreams.”

A beaming Reeder called the renovation, which was completed during the COVID-19 pandemic, “A God story,” adding, “They (construction workers) never stopped. We never had any onsite problems with COVID-19.”

The ALS, which started in 1987 in the First Presbyterian Church, helps individuals and families impacted by homelessness get off the street and create a path to self-sufficiency.

“I really think this is a step forward for us in Arlington,” Farrar-Myers said. “This truly shows the dignity and respect we have for all of our citizens, including those who have fallen on hard times. In homelessness kids are often left behind, so making sure we have an opportunity for full families to emerge is important.”

As Linda Pastorino, another resident, lay on her bunk relaxing and reading, she said, “The layout is really nice, and purple is my favorite color.”

To which her roommate, Shelly Johnson, added with a chuckle, “It feels like a college dorm room — if I went to college.”

Pausing to take a long look around the facility, Reeder said proudly, “I can’t find any wasted space. Everything works.”

“The washroom is great, and so big. They were going to washaterias before (during housing elsewhere), so this is so convenient,” Deveyon Rayford said.

“It’s new and clean — and safe — and the attitude of the folks here is really nice, that’s very important,” said Matthew Gillow.

Sutton said the makeover is important because it gives ALS residents “a little equity. In our current environment people are in desperate need of housing and shelter, and they just keep moving forward here, and I applaud them for that.”

Nunez said the timing of the renovation and expansion couldn’t have come at a more opportune moment.

“Considering what is going on in our community with race relations, COVID-19, a lot of people out of jobs, we’re going to need this more than ever,” he said.

Lead Resident Assistant Melvin Evans, who has worked with the ALS for over 13 years, said he has been waiting a long time for something like this. Even as he knew it was nearing completion, he said seeing the finished product is nonetheless overwhelming.

“Now, more than ever, we have a real opportunity to live up to our creed,” he said. “I’m just overjoyed to have witnessed this challenge becoming a reality, not only for ALS, but the whole Arlington area.”

Reeder said an official dedication ceremony and open house for the public will be held Aug. 27.