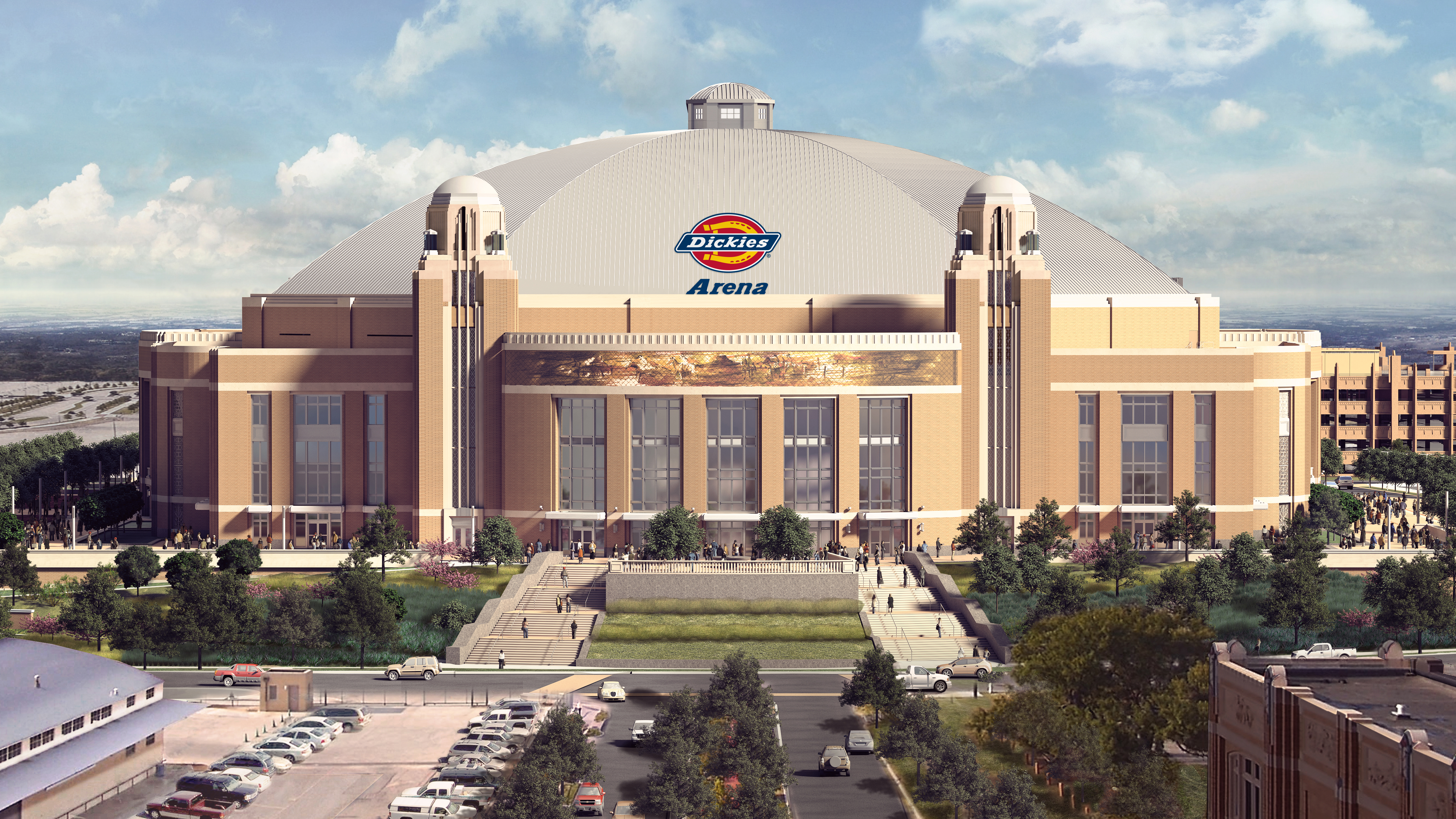 Fort Worth’s Dickies Arena celebrated its grand opening Saturday, a milestone for a venue that should be a draw for sports and other events.

Located on a site adjacent to the Will Rogers Memorial Center campus, Dickies Arena is set to host a broad slate of events, ranging from Fort Worth Stock Show rodeo performances and concerts, to college sports games and tournaments. Construction work had been taking place over the last few years, leading up to the grand opening ceremony that was held at the arena on Saturday morning.

During the ceremony, boosters of the $540 million venue–including billionaire Ed Bass, who led the private donors that contributed toward the public-private project–noted the impact that they hope Dickies Arena will have on Fort Worth.

“Every community. Much like Bass Hall, it is meant for everyone,” he said. “I think we will help people wake up to the fact that Fort Worth is its own city — it’s a big city, 13th largest in the U.S. — and it’s an important city for business and culture.”

Taxes on tickets, parking and livestock facilities will help pay off the city’s investment. Because the arena’s operator, Trail Drive Management, is a nonprofit, any gain from ticket sales will go toward the upkeep.

“So many people have done so much, it makes me grateful deep in my heart of what we’ve been able to accomplish,” Bass said. “This is the finest multi-purpose arena in America, bar none.”

Dickies Arena is set to be home to a number of notable college sports events in the coming years. The NCAA Women’s Gymnastics Championships will be hosted at Dickies Arena from 2020-2022, with NCAA Men’s Basketball First and Second round action coming in 2022, and American Athletic Conference Men’s Basketball Championships from 2020-2022. In addition, Texas Christian University’s men’s basketball program will host the University of Southern California at Dickies Arena on December 6.